Taking San Diego and Comic Con by storm, Geoff Johns has droped several interesting clues about the upcomming events of Brightest Day.  Here are the best:

Johns is hinting there may be a connection between Blackest Night and the Lazarus pits.  You'll also see an appearance by Batman in Brightest Day.

Like he's planning a Larfleeze Christmas special, Johns says there will be a Dex-Starr Valentine's Day special that will see the long awaited Dex-Starr/Krypto fight.

Ivan Ries is going to draw another Green Lantern Secret Origins, and it will feature Sinestro.

The question Hal was supposed to ask Sinestro in Rage of the Red Lanterns will finally get asked sometime this year.

The Indigo Tribe will show up in Green Lantern #59 and we'll learn more about them and see Black Hand.

There will be consequences for Mogo and all those Black Lanterns buried inside him.

A series is planned to follow up on "Blackest Night

" which Johns already has a name for, although he didn't reveal it.

When the White Ring creates a construct it's there forever.

There will be a White Lantern oath revealed in Brightest Day.

Carol Ferris has a pretty major change in Green Lantern #57.
5 comments: Links to this post 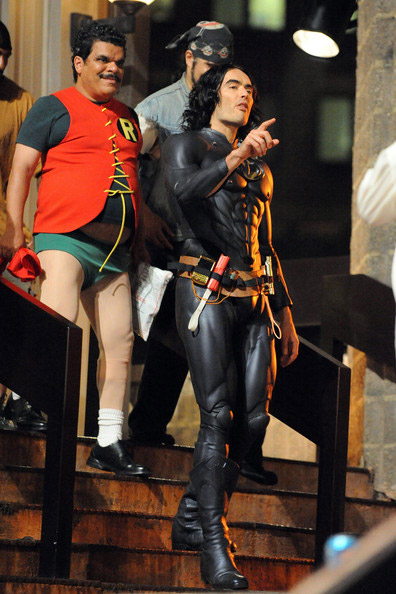 Earlier this month, the Batmobile from Batman Forever was spotted on the New York set of Arthur and now Batman and Robin have been as well! Okay, so it's really Russell Brand and Luiz Guzman filming a scene for the Warner Bros. remake.

I have to say this version of Arthur looks a whole hell of a lot better than they original. I don't remember Batman and Robin with Dudley Moore.

The new Arthur follows a very rich, happy drunk who is told by his mother that he must marry the wealthy girl of her choosing or else lose his inheritance, just as he meets a poor girl and falls in love. 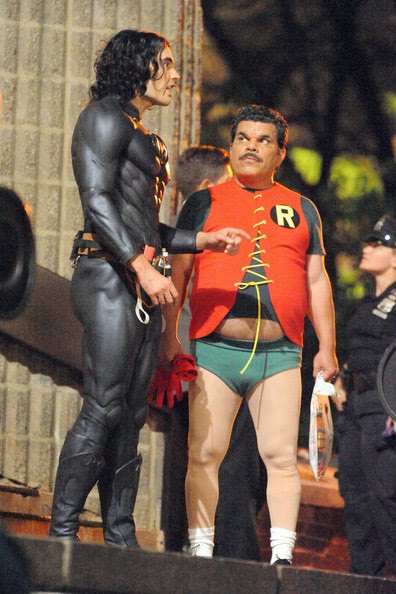 Source Superhero Hype
No comments: Links to this post 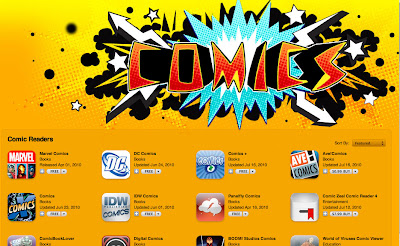 Apple is getting in on the Comic-Con pre-show hype by highlighting all their comic book applications within iTunes. In their "App Spotlight" newsletter, they wrote: "We're dusting off our Klingon costumes — it's time for Comic-Con. From Marvel Comics favorites to more recent releases such as Twilight: The Graphic Novel, you can now enjoy comics and graphic novels from past and present right on your iPad, iPhone, or iPod touch." 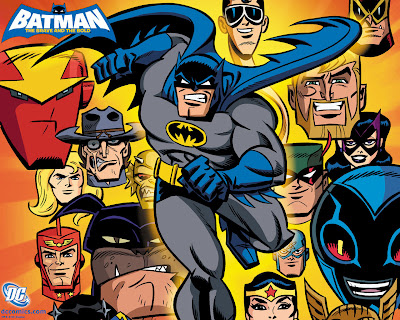 God I love the build up to Comic Con.  The previews, announcements, leaks, teasers, etc.  Today, we get another wonderful exclusive first look of Batman:  Brave and the Bold video game trailer.  This game looks spectacular.  Head over to Newsarama to see the trailer.  It's worth it. 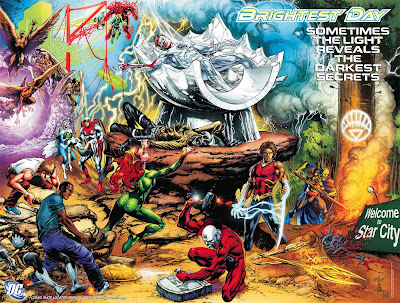 In preparation for San Diego Comic Con, DC Released this BRIGHTEST DAY Teaser Poster by Ivan Reis   What do you think DC is trying to tell us?
2 comments: Links to this post